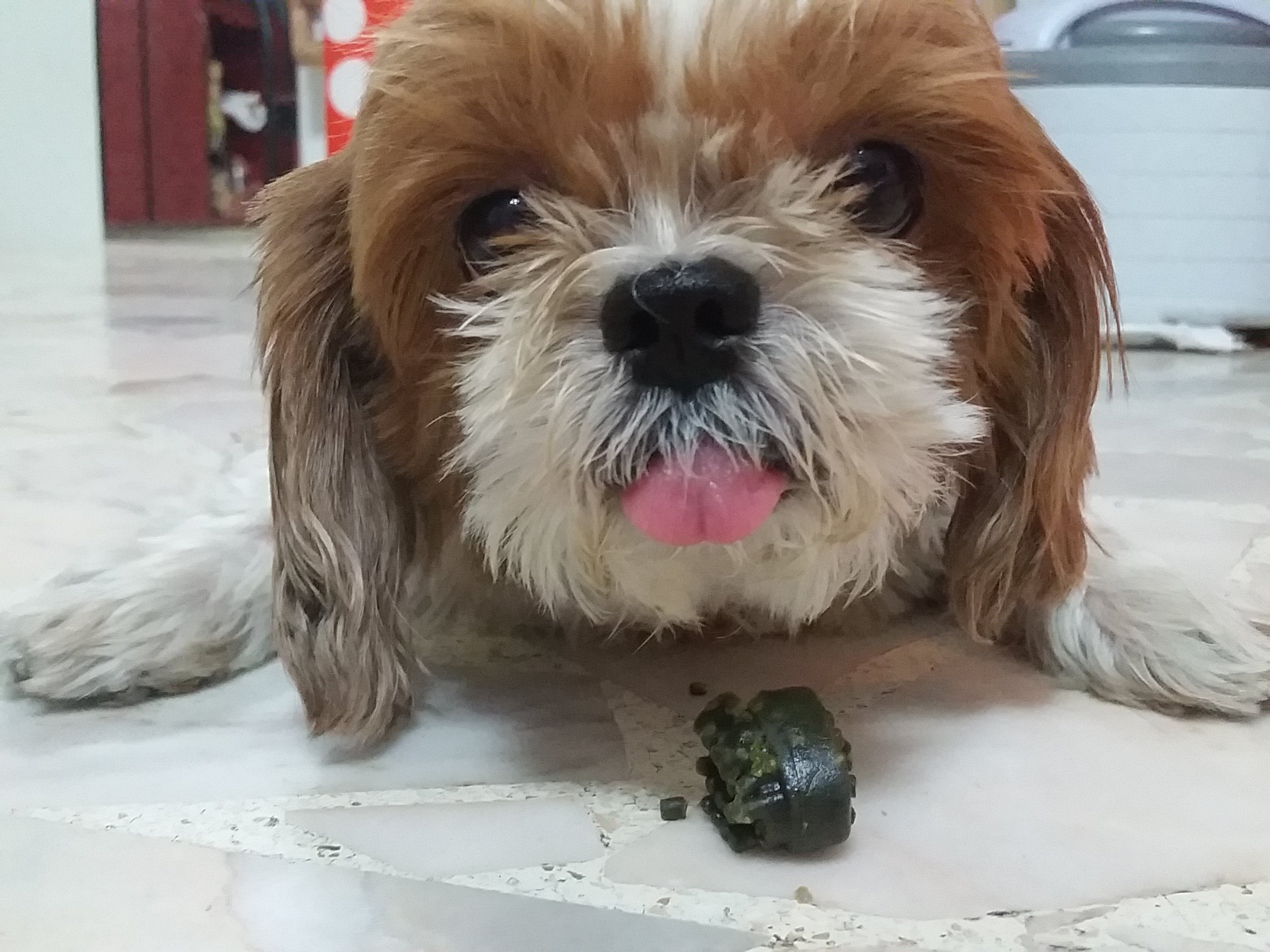 We know how rewarding it feels to see your pup enjoying his time with a stuffed KONG, but we also need to make sure that the stuffing we prepare is completely safe and healthy. The last time we covered Superfoods your can use as stuffing, this time we’re going to cover 10 dangerous human foods you should steer clear from giving your pooch.

Alcoholic beverages or syrups containing ethanol can cause vomiting, loss of coordination, disorientation and stupor. Canines are far more sensitive to the effects of alcohol than humans are and in severe cases, comas, seizures and death can occur. Dogs showing milk symptoms of alcohol intoxication should be closely monitored, and dogs who are completely inebriated need to be taken to a veterinarian immediately.

Avocado leaves, fruits, seeds, and bark contain a toxic substance called persin. Apparently, the Guatemalan variety is the main perpetrator, while other varieties may have different degrees of toxicity. The danger in feeding this to our pets, namely dogs and cats, is causing mild stomach upsets or blockage in the gastrointestinal tract if the pit is ingested. Certain pet food companies include avocado for nutritional benefits, but since these are trace amounts, it is not likely to pose a hazard to our pets. You may enjoy chocolate like a delicacy, but it is far from one for our four-legged pals. Chocolate is poisonous to dogs because it contains theobromine, a central-nervous-system stimulant that may induce seizures, excessive urination (leading to dehydration), and heart damage. As a guide, the darker the chocolate, the higher quantity of theobromine is contains. Symptoms of chocolate poisoning include vomiting, diarrhea, hyperactivity, twitching, and seizing. If you observe any of these symptoms, take your dog to a vet immediately. Although the exact toxic substance within grapes and raisins in unknown, they’ve been found to cause kidney failure. Pets who already have poor kidneys may suffer a worse fate. Admittedly, macadamia nuts are not fatal to dogs who ingest them, but they can cause seriously uncomfortable symptoms that may persist for up to 48 hours. Symptoms include weakness in their hind legs, or they appear to be in pain, have tremours, and may develop a low grade fever. Fortunately, these signs will gradually subside over 48 hours, but dogs experiencing more than mild symptoms may benefit from veterinary care, which may include intravenous fluid therapy and pain control. Contrary to popular belief, dogs and cats are lactose intolerant. They do not possess the enzyme, lactase, which helps to break down milk – lactose. Milk and milk-based products can cause diarrhea or digestive upset. These herbs and veggies are known to cause gastrointestinal irritation and even lead to red blood cell damage. The damage to the red blood cells doesn’t become apparent until three to five days after. Affected dogs may seem weak or reluctant to move, or they may tire easily after mild exercise. Their urine may be orange-tinged to dark red in colour. If these symptoms show, take your dog to a vet immediately. In severe cases, blood transfusions may be required.

Too much salt in your pet’s food can cause excessive thirst and urination, or worse, sodium poisoning. Symptoms include vomiting, diarrhea, depression, tremours, elevated body temperature, seizures, and even death. Raw bread dough made with live yeast poses a real threat if ingested by dogs. When swallowed, the warm and moist environment of the stomach provides an ideal place for the yeast to multiply, resulting in an expanding mass of dough. The may be severe enough to decrease blood flow to the stomach wall, causing death of tissue. If the expanding dough presses against the diaphragm, it could cause breathing difficulty. Worst of all, as the yeast multiplies, it produces alcohol that when absorbed, causes alcohol intoxication. Xylitol is a non-caloric sweetener that is widely used in sugar-free gum and sugar-free foods. While it doesn’t have an effect on human blood sugar levels, it affect canines drastically – ingestion can lead to a rapid and severe drop. Dogs may become disoriented and develop seizures within 30 minutes, or signs may be delayed for several hours. Some dogs who ingest large amounts of xylitol develop liver failure, which can be fatal. All dogs who ingest xylitol require immediate veterinary attention. CHECK OUT OUR SOCIALS